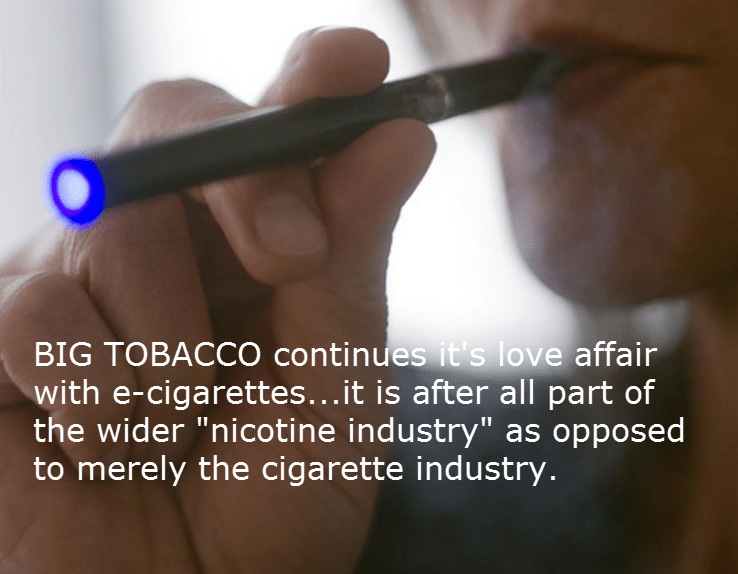 ASH continue to appear obsessed with their pro e-cigarette stance – to the extent that BIG TOBACCO seems to funnel their propaganda ‘through them’ with impunity.

Christopher Snowdon explains how “the drip, drip, drip of junk science from the US would have us believe that vaping is a gateway to smoking, but the empirical data strongly suggest the opposite.”

“In Friday’s ASH Daily News we included an opinion piece by Christopher Snowdon on vaping. We omitted to point out that Snowdon is Head of Lifestyle Economics at the Institute of Economic Affairs, an organisation which accepts funding from the tobacco industry.“

This highlights the need for ASH and Public Health England (PHE) to be held to account for their apparently cosy relationship with the nicotine industry.