It’s Boring and Repetitive and it Really Works 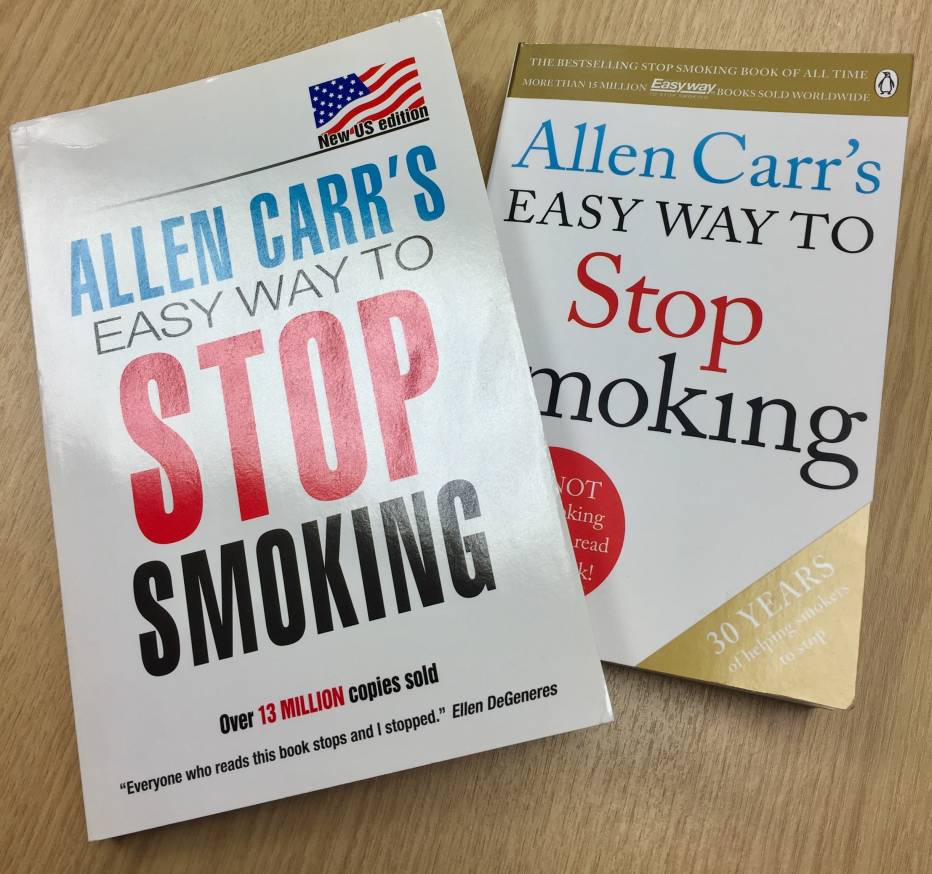 This Book Is The Reason I Quit Smoking, Once And For All

Actually – reading the book in one afternoon is not a bad way of doing it – making sure, of course, that you carry on smoking while doing so.

In spite of first impressions – Jessie writes warmly and positively about the book:

I first heard about the book on a podcast, when actor and comedian Paul F. Tompkins mentioned that it had helped him quit. He said that by the time he had finished reading the book, the idea of smoking repulsed him. At the time, I was interested, but skeptical — and, to be honest, not sure I was ready to quit, like, forever. Until I was.

If you’re a smoker, I’m sure you already know the myriad reasons you should quit, so I’m not going to outline them. I’m just going to tell you that if you really want to quit, you need to read this book.

Before I read The Book, I had quit a few times, but I always found an excuse to pick it back up. Said excuses included getting dumped, being drunk, sitting at a patio table, and the Lunar New Year. So despite what I had heard about Carr’s book, I was appropriately skeptical. Then, when I decided I was really, honestly ready to be done with cigarettes for good, I read it.

Allen Carr encourages you to continue smoking as you read, but I finished The Book in one afternoon, mostly because it was so fucking boring that I couldn’t fathom stretching it out over multiple days. Yeah, it’s boring. It’s incredibly repetitive, to the point where it starts to seem like an absurdist play. It’s something close to hypnosis.

The basic premise of the book is that quitting smoking is easy and fun. The word “yippee” appears more than once. If you think of quitting as if you’re giving something up, you’re destined to fail. Instead, the book somehow manages to convince you that giving up smoking is depriving yourself, but freeing yourself. Carr is also against using nicotine patches or gum to wean yourself off cigarettes. It just prolongs the addiction to nicotine, which — he argues — isn’t really that strong.

Just read the book, and stop. It’s easy. It’s fun. Yippee! It sounds simplistic, and it is, kind of! But it is also remarkably effective. I read the book and stopped smoking. It really was that simple.

Buy the USA edition of the book on Amazon.com

Buy the UK edition of the book on Amazon.co.uk

Read the full feature on BuzzFeed