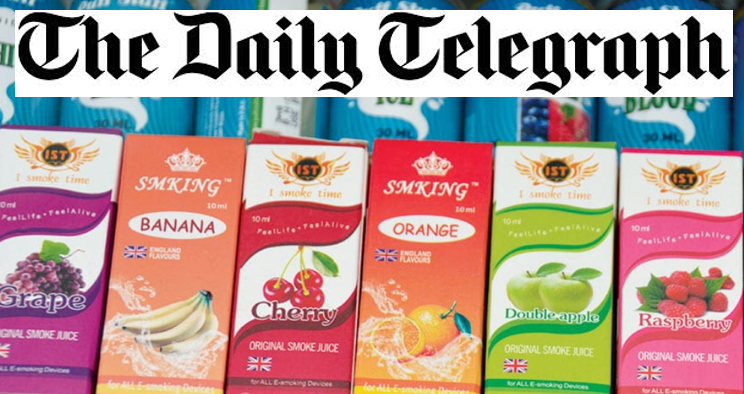 “Children as young as 14 are becoming addicted to e-Cigarettes, the head of Britain’s biggest addiction clinic has said.

John Dicey, chief executive of Allen Carr’s Easyway which has 35 centres around the UK, said there has been a steep rise in the past year of young people seeking help on how to quit vaping.

“We have noticed a sharp increase in the last half of 2018 and first quarter of 2019 in the number of inquiries from youngsters – and their parents – who took up vaping in their early teens and now wish to quit,” he said.

Numbers are “in the dozens rather than in hundreds” he said, but added that there has been a “clear sea change in the past few months”, which reflects the surge of youth enquiries from America since 2017.

Mr Dicey, who is a senior Allen Carr therapist, explained how a “significant” number of teenagers that come for treatment said they were encouraged to vape instead of smoke by their parents, particularly if their parents are smokers.

Since 2015, it has been illegal for retailers to sell e-cigarettes to anyone under 18 but a subsequent operation by Trading Standards found that 40 per cent of shops allowed teenagers aged 14-17 to purchase the devices, which are also sold online.

“Children can start on e-cigarettes at quite a young age, around 12 to 14-years-old, when they get passed around the class,” Mr Dicey said.

“There are all sorts of flavours – candy floss, popcorn – it’s all seen as a bit of fun. We are getting some youngsters coming in who have started vaping, having not smoked before.”

In response to the growing numbers of enquiries about e-cigarette addiction among youngsters, Allen Carr’s Easyway is now designing a new treatment course specifically aimed at teenagers who want to quit vaping, and another for their parents.

Last year, Allen Carr centres in the UK treated 630 adult vapers and “dual users”, meaning people who vape as well as smoke. This represents around 9 per cent of all clients and an increase of over 50 per cent on 2017. A quarter of those vapers were exclusively addicted to vaping.