Allen Carr's EasywayI began smoking at 13 years of age – it was inevitable with a family of smokers!
Share this page

I began smoking at 13 years of age – it was inevitable with a family of smokers! 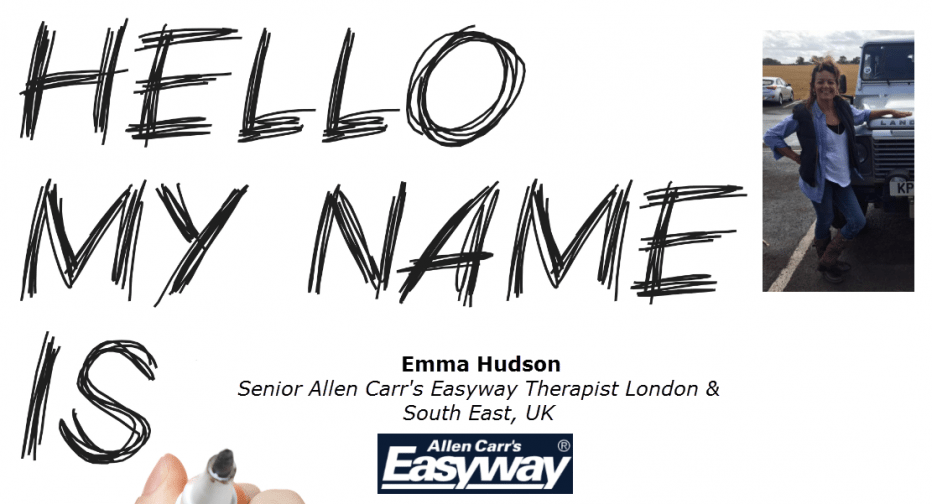 “I began smoking at 13 years of age. I think it was inevitable because I came from a family of smokers!”

John: Tell us about your life as a smoker Emma?

Emma: I began smoking at 13 years of age. I think it was inevitable because I came from a family of smokers – it just seemed like natural progression. I started nicking my Dad’s ‘Senior Service – untipped’ cigarettes and not long after going to secondary school, I was puffing my way through 20 fags a day. This increased, with age, and by the time I was 40 years old, I could destroy 2 packets a day, with ease.

My life was controlled by smoking – I surrounded myself with smokers and I found myself working in a trade where the supply was plentiful. Pubs, bars, and clubs!

John: Did you make many attempts to quit smoking?

Emma: My unsuccessful attempts to stop smoking, over the years, ranged from using an array of nicotine based products; patches; tabs; lozenges; sprays to hypnotherapy. Nothing worked. My last vulgar attempt, before finding Easyway, found me putting smoked dog ends, into a jar of water, to smell daily! I thought it would put me off – but it didn’t Yuk!!

So to get free from smoking seemed truly impossible – I eventually came to the conclusion that I would probably die a smoker – I just didn’t see a way out!

John: So how did you come across Allen Carr’s Easyway?

Emma: I attended an Allen Carr’s Easyway seminar in 1999. I had read a copy of Allen’s book, but was still smoking. However, the book had made so much sense, I thought I would attend a centre – I just felt I needed a little more help.

It was one of the best decisions of my life!

Emma: I arrived nervous and very sceptical, but before long I found myself at ease, amongst other smokers, who were clearly battling the same war against nicotine. The therapist was reassuring and confident in her delivery and I felt a glimmer of hope as the seminar progressed.

I left the centre 5 hours later feeling convinced. Why would I smoke? With all the information I now had from Allen Carr’s Easyway, the whole notion of smoking somehow felt pointless. I was to discover that, amazingly, the desire to smoke had completely disappeared – and it was effortless!! I had achieved what I had previously thought impossible … I was a HAPPY NON–SMOKER!

John: So how did you get involved with the organisation?

Emma: Over the next few months I continued to be amazed, I was able to be around other smokers with ease, not envying them one bit. I was able to drink and be FREE, in fact, I was able to be in any situation and feel a freedom I had previously thought was unattainable. I decided I would love to help others out of the smoking trap, and I applied to Allen Carr’s Easyway to train as a therapist.

It was an arduous recruitment process and even more arduous to train – but I was delighted to be joining the team.

The first seminar I held was in Oxford and it was one of the most nerve racking but positive experiences of my life.

John: How does it feel to be part of a worldwide team?

Emma: I feel extremely honoured to be a part of the Allen Carr’s Easyway organisation and I continue to feel privileged to help smokers experience what I accomplished 15 years ago. To be part of what is now a global organisation is a thrill. I have met so many amazing people across the global team and I will always feel a huge sense of gratitude towards Allen Carr’s Easyway and the people that help make it the success it is today.