“I smoked 20-30 cigarettes a day. And more than 2 packs while drinking alcohol!” 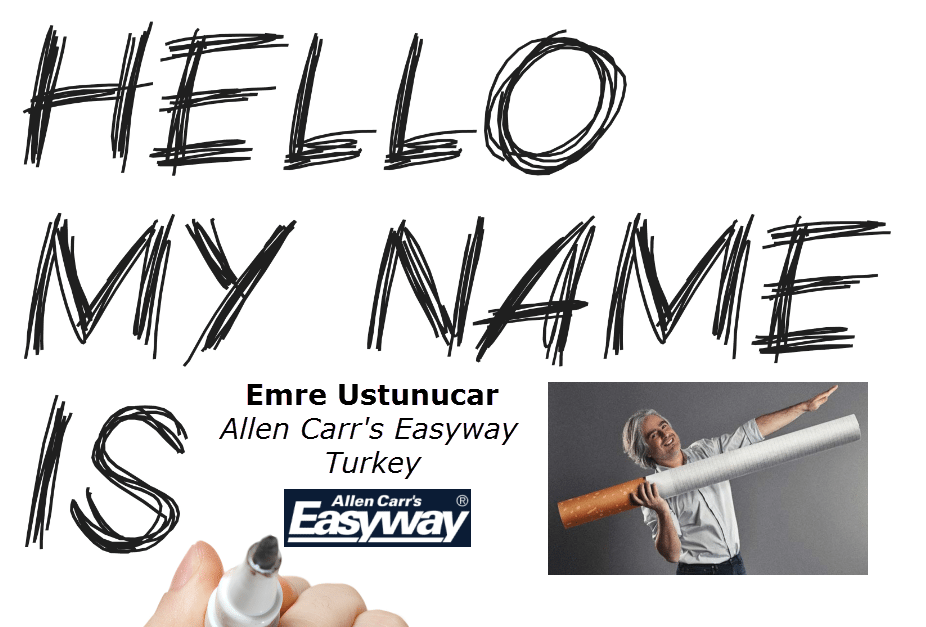 “I smoked 20-30 cigarettes a day. And more than 2 packs while drinking alcohol!”

Emre: I smoked for about 15 years. At first I smoked about half a pack but gradually it came up to 20-30 cigs a day. And more than 2 packs while drinking alcohol! To be honest I thought I enjoyed smoking. But still I tried to quit using my willpower couple of times. Some for 6 hours, some for 2 months, but none of them lasted!

John: How did you hear about Allen Carr’s Easyway to Stop Smoking?

Emre: My wife and I had friends visiting from Berlin, Germany. They came to İstanbul to film a TV documentary. We were smoking a lot and they told us that they quit with a book months ago. But to our surprise they weren’t nervous or depressed, on the contrary they were unbelievably happy! We thought it would be impossible for us to read and quit with a book. But we gave it a try anyway. Of course the book was Allen Carr’s Easyway to Stop Smoking.

John: What was it like to stop smoking with the method? How did it change your way of life? Was it easy?

Emre: Honestly – it was one of the easiest things I have ever done!! My wife started to read the book before me. It took her days to read it but it was a very funny scene in our house. She was smoking while reading a book called ‘Easyway to Stop Smoking’. But the book set us both free.

John: How did you get in touch with Allen Carr’s Easyway about becoming a therapist and franchisee? What was the recruitment process like?

Emre: We talked about it for days with my wife and then I contacted Easyway HQ. We prepared a detailed business plan, applied to become the franchisee for Turkey. Then I flew to London to for an interview. This process was the most exciting recruitment process I have ever been through!

John: What was it like learning to be an Allen Carr therapist?

Emre: Ahhh – well….it was the most difficult and the most amazing part of this journey: to become an Allen Carr Therapist! It was incredibly tough to train – but so brilliant to finish. And so rewarding!

John: What is it like to be an Allen Carr therapist?

Emre: I am 45 years old now and have been an Allen Carr therapist for the last 11 years or so. Even though I was a trainer in my career before Allen Carr (in soft skills) believe me, this is the most satisfying “thing” I have ever done. And I pray to do it till my final breath!

John: What it is like to be part of the global Allen Carr team?

Emre: It’s a huge reward to be part of the big global Allen Carr Team. We became part of something which is more than a team, it’s a big family. As they say, rarely do the members of a family live under the same roof. My family members live in 50+ different countries now. And I love it and am incredibly proud to be working with them towards such a divine goal; to cure the world of smoking.