Allen Carr's Easyway31st May 2017: It was World No Tobacco Day & The Lunatics Appear to Have Taken Over the Asylum
Share this page

31st May 2017: It was World No Tobacco Day & The Lunatics Appear to Have Taken Over the Asylum 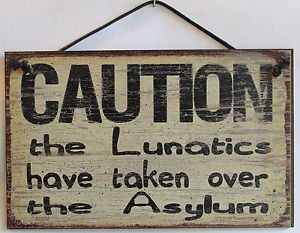 31st May 2017: It was World No Tobacco Day & the Lunatics Appear to Have Taken Over the Asylum

If you were a TV journalist/editor and were running a lunchtime programme on World No Tobacco Day who would you invite to be interviewed on your show? Somebody who has stopped smoking? A cardiologist? A pulmonologist? Somebody with a proven track record of helping people to stop smoking? Apparently, in Italy, you also invite Big Tobacco.

One of the most popular TV shows invited the CEO of Phillip Morris Italia, Eugenio Sidoli, to appear for interview. There is little doubt that this was as a result of some nimble, highly effective, and expensive public relations work on behalf of the tobacco company’s marketing team.

It is a painful irony given the company has been producing tobacco products since 1847 and has caused, since then, the premature, painful, and tragic death of hundreds of millions of their customers.

Has the world gone mad? It transpires that Philip Morris is marketing its newest product and given the size and the financial resources available to the company is finding various ways to publicise their new “safer way to smoke”.
Phillip Morris has invested €500 million to set up a new factory just outside Bologna. In an industrial landscape that aches for multinational companies to invest in such manufacturing endeavours it would be a brave person who questions the project on the basis of philanthropy.

On a basic level, it is an impressive operation – employing 600 specialized workers surrounded by hi-tech, cutting edge machinery working 24 hours a day. And what are they producing? “IQOS” which will allow smokers to inhale heated, rather than burned, tobacco vapour, therefore avoiding combustion.

The slogan is “harm reduction”, the mask is the one of responsibility, the tobacco industry, in search of a halo, and of course, continued profits for its shareholders, has decided to invest in this new product.

In the TV interview, an oncologist asked Mr Sidoli why, if they are so against traditional cigarettes, they do not stop producing them and dedicate themselves only to safer products, the answer was “Because somebody else would take our place.” And adds “Philip Morris is leading the biggest anti-smoking campaign which was ever made in the history of mankind”.

I am flabbergasted, shocked and terribly sad. Whilst I write I can hear the children from the nearby primary school laughing and screaming: it is their last day of school before the holiday. I hope they will never become clients, or should I say victims, of one of the most sinister industries on the planet. I have no doubt this scheme has less to do with harm reduction and much more to do with preventing “profit reduction”.

The most successful, permanent, lasting form of harm reduction is to escape from nicotine addiction and Allen Carr’s Easyway provides a simple, inexpensive, inclusive programme whether you’re a smoker or a vaper.