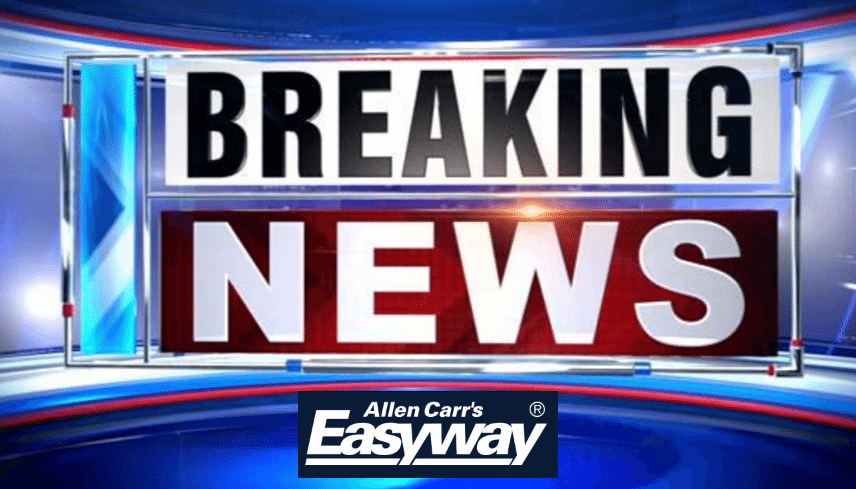 Bermuda’s “Royal Gazette” features former smoker Patrick Hyland who talks about how he spent $120,000 on cigarettes over 30 years.

Patrick has a great attitude and doesn’t care so much about the lost cash, he’s just happy to be free after attending an Allen Carr’s Easyway to Stop Smoking Seminar.

“I was ashamed that I smoked, to be honest,” the 51-year-old said. “I didn’t want my children to know. I’d smoked since my late teens.”

“I smoked all through college and when I started work, we had ashtrays on desks; the place was a fog. I don’t expect my children to even see smokers now, but I was surrounded by them as a child — you could smoke on buses, trains, aeroplanes.”

About a decade ago he was certain he’d managed to break his addiction. But a year later, he was back to his pack-a-day habit.

“My mum sent me Allen Carr’s book [Easy Way to Stop Smoking] two or three times and when I was young, offered me bribes — £100 if I quit for three months. [In the end my wife] Louise signed me up for the [2015 course here]. I spent six hours on a Sunday afternoon. I was ready. I’d been waiting to do it and I really didn’t want my children to see me smoke.”

Millions have permanently quit smoking after taking the Easy Way course, according to local organisers Open Airways. The charity claims the seminar has “the highest recorded success rate of any quit-smoking method — by far”.

“SilverSurfer” lists Allen Carr’s Easyway to Stop Smoking book at the beginning of their recommended list of self-help books for the New Year.

In a glowing recommendation they say “Allen Carr’s Easy Way To Stop Smoking – first published in 1985, Allen Carr’s Easy Way To Stop Smoking is seen by many as the definitive anti-smoking guide. Carr, himself once a 100 a day smoker, doesn’t just explain the steps to quitting but challenges any excuses smokers may make for why they cannot stop in the first place. Much more of a psychological examination on why people believe they smoke and why they could never quit. Carr delivers an approachable and articulate opposition to these worries and shows that quitting is not beyond anyone’s reach.”