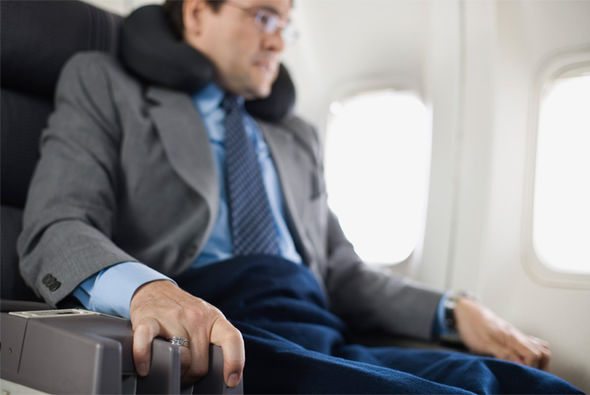 There is a lovely mention for Allen Carr’s Easyway to Enjoy Flying in an engaging piece by Conor Pope writing in The Irish Times.

I understand more than most people how debilitating a fear of flying must be. By the time I was in my mid-30s I’d transformed from someone who was quite happy to fly – into someone who dreaded every “white knuckled minute” from the moment I checked in – to the blessed moment the wheels touched down on the runway. I was bad – but I certainly wasn’t one of the worse cases – but I certainly empathise with them.

We all probably know someone who has refused to travel by plane – even forgoing the opportunity to visit grandchildren or partake in a holiday of a lifetime. People who suffer with an acute fear of flying end up having to make significant sacrifices – missing out on fun, adventure, and in the worse cases – the chance to hold a grandchild in their arms.

There’s so much more help out there now than there was 30, or even 20 years ago…but still many people find themselves limited to staying at home or only travelling by land and sea.

It doesn’t matter how rich, famous, or high-achieving you are – fear of flying can strike anyone. In Conor’s Irish Times feature he describes how Ronald Reagan was famously terrified of flying.

“He endured a rough flight in California in 1937 and for nearly 30 years he criss-crossed the US by train only. When he became a presidential candidate, he had no choice but to fight his fear. Once a fellow passenger congratulated him on overcoming the phobia, to which he replied: “Overcome it? Hell! I’m holding this plane up in the air by sheer willpower!”

Conor goes on to describe how Abba’s Agnetha Fältskog became something of a recluse thanks to her fear of flying. Apparently, it was triggered when a private jet she was travelling in was hit by bad weather in 1979.

Footballer Dennis Bergkamp was well known for his fear of flying – when he signed for Arsenal from Inter Milan in the mid-1990s, he had it written into his contract that he would never have to fly for football.

Conor writes “The scale of his fear was revealed in his autobiography. “It got so bad I would look up at the sky during away games to see what the weather was like. Were there any clouds coming? Sometimes I was preoccupied by the flight home while I was playing football. It was hell.”

The great news is that help is at hand…and it’s not just in the form of Allen Carr’s book that tackles fear of flying…within a couple of months a brand new on-demand programme will be available that should allow even the worse sufferers take some gentle steps towards worry-free flight. If it worked for me – it can work for anyone!

Read more about ‘How to Overcome Your Fear of Flying’

Great Decision!
You are booking Flying Online Video Programme for £79

Thanks!
Thank you for booking Flying Online Video Programme