Allen Carr's Easyway“I was puffing away, 6 months pregnant, and a guy confronted me saying “How can you smoke? What about your baby?” I cried my eyes out in the toilet and lit another cigarette.”
Share this page

“I was puffing away, 6 months pregnant, and a guy confronted me saying “How can you smoke? What about your baby?” I cried my eyes out in the toilet and lit another cigarette.” 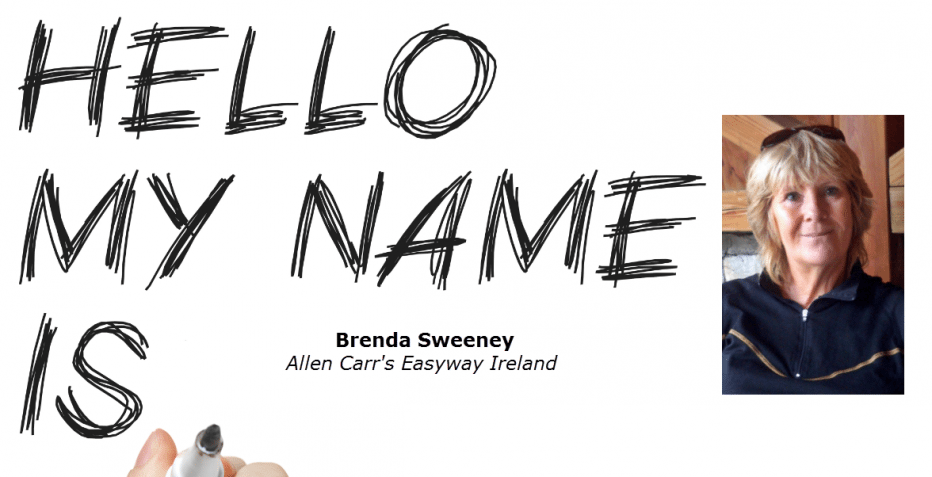 “I was puffing away, 6 months pregnant, and a guy confronted me saying “How can you smoke? What about your baby?” I cried my eyes out in the toilet and lit another cigarette.”

John: Tell me about your life as a smoker Brenda? How did you come to be a smoker?

Brenda: When I was a kid I never thought I would ever smoke. I hated the smell of my Dad’s cigarette smoke and the clouds of smoke when his friends came to visit.

I was a very keen basketball player, playing at a high level, but then one day, out of the blue, I fell into smoking.

I was 16, upset by a boyfriend and someone offered me a smoke. They said it would make me feel better. I can still remember how dizzy I was and I actually threw up. It was truly awful. Yet, I went on to spend 24 years being a slave to smoking.

Over the next few years most of my basketball team were smokers and I did think “well if they are doing it too it can’t be too bad“ – I guess it made me feel less foolish. But over the years I did notice my fitness was suffering, I was out of breath more easily and not making the Irish National Basketball once I reached 21 years of age was a real disappointment…but I kept smoking.

By then my life was busy with work, social life and smoking was just part of what I did. I smoked more when I was out having a drink and tried to “be good” during the week but on average I smoked more than a pack a day.

John: Did you make many attempts to quit smoking?

Brenda: I did try to stop smoking a few times and like most of my friends it was on New Year’s Eve, cold turkey and I rarely made it to 1am! I met my husband in 1985 and when we set a date for our wedding I went on nicotine patches but I had terrible nightmares so had to stop them.

I kept off cigarettes for 6 months just using willpower but the week of the wedding with all the stress I went back to smoking. I just felt like a complete failure, ashamed of myself for being so weak and yet off I want on honeymoon with 200 duty free smokes.

Then the children came along and I managed to cut down when I was pregnant (mainly because I had morning sickness all day). At one point I even went on to cigars convinced I would only have one or two a day. One day I was at a friend’s wedding and I was puffing away, 6 months pregnant, and a guy I didn’t know confronted me saying “How can you smoke? What about your baby?” I just went to the toilet, cried my eyes out, and of course lit another cigarette.

I really think that is when it hit me that I was in trouble here and made several more attempts to stop smoking over the years failing miserably. While it bothered me that I smoked in the house, in the car with the kids around I just kept doing it.

John: So how did you hear about Allen Carr’s Easyway?

Gosh I was so nervous but at the end of the session I felt such a fool for having believed that smoking helped me in my life. I felt an immediate sense of freedom and excitement, there were times when the thought of wanting a cigarette came into my head but I very deliberately checked myself and accepted that the thought was coming in because I USED to smoke. It was easy. I began to think that if I can stop smoking easily then anyone can do it.

John: How did you come to get involved in the organisation?

Brenda: I wrote to the UK head Office and was offered an interview in London. I just felt so sure that this was for me. It was a hard process to become accepted for training but I was so proud to eventually be given the opportunity to bring Allen Carr’s Seminars to the smokers of Ireland.

The training was tough but really loved the nine months of learning and practising, and I was in total awe of Allen Carr for his wonderful method.

John: How have you enjoyed your life as an Allen Carr therapist? The organisation has grown since you joined all those years ago.

Brenda: Over the years I have met so many amazing Allen Carr’s Easyway therapists at our annual conference and our passion for what we do is so obvious. The organisation has grown so much since I joined and being part of this wonderful team of people is so lovely – I consider them my friends too.

Since my first session back in 1998 a huge amount has happened that I could never have imagined. Myself and my loyal team of therapists have seen over 20,000 smokers in Ireland, I have been on the most famous late night chat show twice in 1999, have had the privilege of hosting Allen Carr and his wife Joyce in Ireland for this show, met all walks of life at our sessions which proves to me that Allen Carr’s Easyway can help anyone to stop smoking.