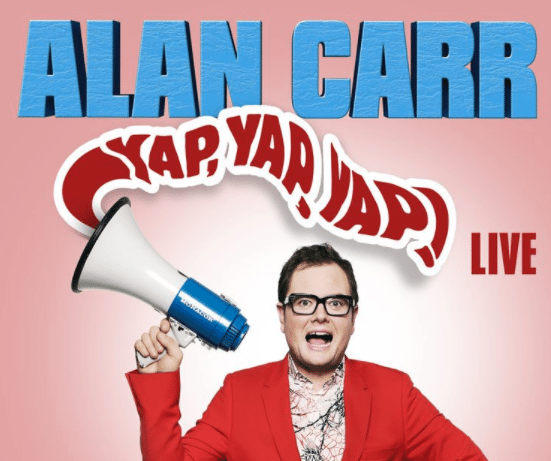 “OK…for my story to make any sense at all – you have to know that in the UK – there are two famous men called Allen Carr. There’s the goofy-looking comedian, Alan Carr, that people seem to either love or hate (I love him) and then there’s THE Allen Carr (as I call him these days) the stop smoking dude.

This is kind of embarrassing, but I purchased the Allen Carr’s Easyway to Stop Smoking Programme online mistakenly believing that it was a comedy show by the stand-up comedian.

Having realised my mistake, that I’d actually purchased an actual stop smoking programme, I thought “Hey – I might as well get my money’s worth and see what it’s about”. After that, I never smoked or used any nicotine product again. The programme cured me of my 21-year addiction”

John Dicey, Global CEO & Senior Therapist, Allen Carr’s Easyway comments “Actually it’s not as surprising as you might think – as deep down inside most smokers do really want to quit – regardless of whether they are comfortable admitting it. When I was an 80-a-day smoker I used to push such thoughts to the back of my mind and would never answer and enquirer honestly.

In a similar vein – when I attended an Allen Carr Stop Smoking Seminar in London nearly 20 years ago I was asked how many cigarettes I smoked each day “About 20-a-day – give or take” was my thoroughly deceitful reply.

That said I’ve lost count of the number of times I’ve personally come into contact with happy non-smokers who quit with the method quite unintentionally. I recall the national magazine editor who, openly admitted in the feature he wrote about his visit to Allen Carr’s London Centre, that he’d come along pretty much with the intention of dismissing the method out of hand…he was so frank and honest in his feature it was really refreshing…it made the fact that he quit smoking easily even more compelling for the readers – hundreds of whom followed in his footsteps and visited the centre.

Our centres have been at the forefront of nicotine addiction for over 30 years, with the method having cured an estimated 30 million people worldwide. It’s so great that we now have an online video programme that people can watch from the comfort of their own homes or offices.”

It’s with great pleasure that we can provide HALF PRICE access to our ground-breaking programme that tackles smoking, and in fact, all nicotine addiction.

You don’t have to watch it all in one day

John explains “Ideally we’d prefer you to watch the programme in one or maybe two sittings – but by all means take your time. You have access to it for 15 days, so you can take your time if you prefer. The great thing about the programme is that we encourage smokers to carry on smoking while they take part in it – that was music to my ears when I was a chain-smoker. I was told “Carry on smoking until you’re ready”. I didn’t think I would be ready by the end…and no-one was more surprised than I was, that I was FREE!”

Read about Alan Carr – the comedian