I Don’t do Self-help Books! Three Days Later I Quit 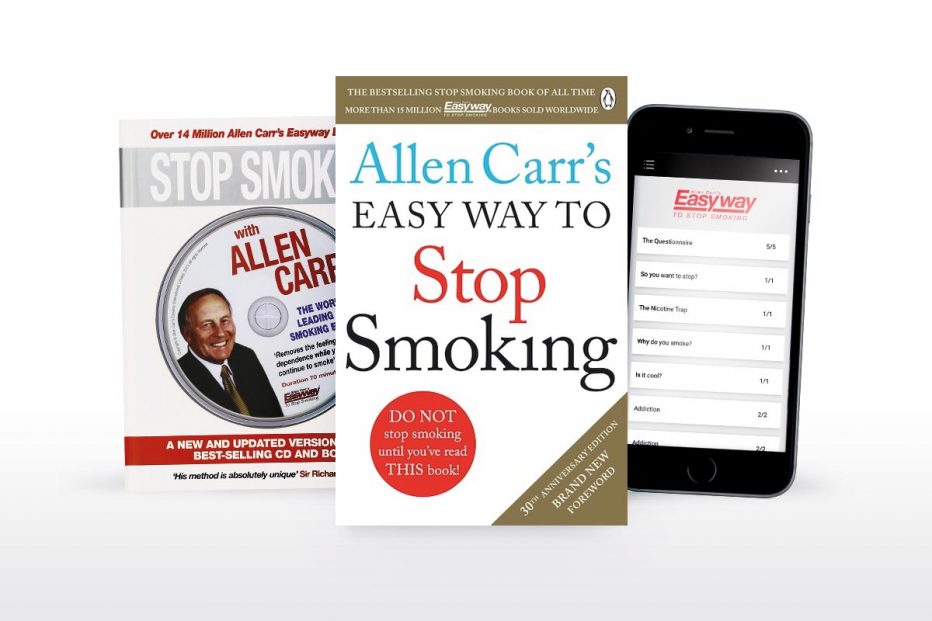 What happened was a surprise rewiring of my brain

The Guardian Newspaper previews the UK’s ‘Stoptober’ & ‘Go Sober For October’ campaigns with a feature about breaking “habits”.

It’s great to see Allen Carr’s Easyway to Stop Smoking book mentioned right at the top of the article.

Luke, 53, from Nottingham speaks about how he read the book after starting a new job. Seeing the light, sweet-smelling non-smoker staff room compared to the cramped, rancid-smelling box room reserved for smokers had him question what he was doing.

Luke says “A colleague who frequented neither staff room enthused about a book called The Easy Way to Stop Smoking by Allen Carr, and said I should read it. I dismissed the idea. “I don’t do self-help books,” I said, with obstinate pride and lofty disdain. I didn’t like the colleague much, so was not disposed to listen to him. But a week later I noticed the book on sale, and bought it. I went home, made a cup of tea and settled down, with my cigarettes at my side, to read it. What happened was a surprise rewiring of my brain. Myths were exploded. Truths were exposed. A shift in my consciousness changed my life as a smoker and set me free. I stopped smoking for good three days later.

The other stop smoking case study featured in the newspaper, presumably provided for ‘balance’, used nicotine patches and gum following a diagnosis of tongue cancer. Not actually a technique for stopping smoking and sadly not a true reflection of how many poor souls who, even in the face of cancer, emphysema, or COPD continue to smoke. Luckily for everyone, including those suffering with those terrible diseases, Allen Carr’s Easyway to Stop Smoking provides an easy, inexpensive, and enjoyable way of escaping from the addiction.

The feature goes on to talk about quitting alcohol but unfortunately doesn’t cite Allen Carr’s Easyway to Stop Drinking. Instead, for this blog piece, I’m delighted to highlight one of our latest testimonials that mentions alcohol, provided by Matthew Chippendale, UK.

Matthew says “I attended both the stop smoking and stop drinking seminars. Yes – I quit two addictions within twelve months. I never thought I could free myself from these two demons, they were taking over my life and causing me health problems, social problems, work issues, mental health problems, relationship issues and more importantly effecting my relationship with my children. The Allen Carr’s Easyway seminars have literally saved my life and I feel more healthy and alert than I have for over 25 years.”

Read more about ‘How to Stop Smoking with Easyway’

Read more about ‘How to Stop Vaping with Easyway’