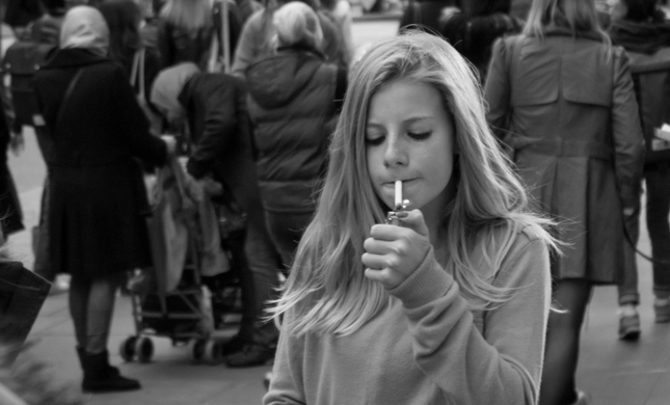 As indicated in the report, educating youngsters against “trying out” smoking (or e-cigarettes) is essential. Allen Carr always said that if you could explain to an animal, the workings of the trap designed to capture them, the animal would never be tempted to take the bait. If young people know how the smoking trap works – they’ll avoid falling for it. In fact the same goes for any addiction.

The only way of being sure you never get addicted to nicotine is never to let it into your body.

I find it a little strange that in talking about the report, lead researcher from Queen Mary, Peter Hajek, who has been outspoken in his support for e-cigarettes, claims that e-cigarettes are less addictive than cigarettes. I’m not sure the study actually indicates that and there are more and more studies emerging that indicate that vaping does act as a gateway to smoking for youngsters.

Any self-respecting rebellious adolescent, is bound to consider switching to “the real thing” as a rite of passage. It’s for this reason that it’s essential to educate youngsters away from nicotine per se. Making e-cigarettes available in cotton candy, bubblegum, and gummy bear flavours simply serves to have vaping appear more attractive to kids. That, combined with the normalisation of smoker-like behaviour makes it almost inevitable that the youngster will experiment with their first real cigarette.”

John Dicey is Global CEO & Senior Therapist at Allen Carr’s Easyway, the world’s most successful stop smoking method. Over 30 years, Allen Carr’s Easyway method has cured an estimated 30 million people of their addiction worldwide. The success rate for the method is over 90%, based on the three-month money back guarantee for those that have attended a clinic session and independent studies indicate that even after 12 months the success rate remains over 50% (a result which is unprecedented in the field of smoking cessation).

Read what The BBC, The Guardian Newspaper, and The Independent Newspaper say about the study.