Allen Carr's EasywayTravelling to “The Future”. Initial results of the Dublin RCT will be released in the next few days.
Share this page

Travelling to “The Future”. Initial results of the Dublin RCT will be released in the next few days. 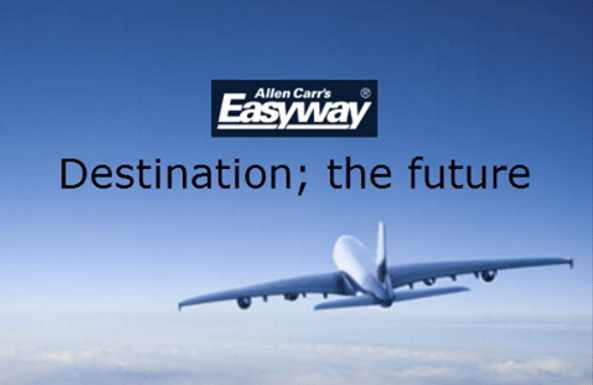 Travelling to “The Future”. Initial results of the Dublin RCT will be released in the next few days. I’ll let everyone know as soon as I am able to. Strangely the results are not being announced in Ireland but on mainland Europe.

This will be a small step towards getting where we need to be and a huge step towards a brave new world in smoking cessation.

In case you didn’t see them – here are my notes from last week regarding the ups and downs of conducting a Randomised Controlled Trial (RCT):

I am delighted to say that the initial results of the Dublin, Ireland RCT will soon be available (in the next week or two). In the first instance only the 1 month and 3 months success rate will be announced (data for 6 and 12 months success rates is still being processed).

Although we don’t know the results at this stage I think it is timely to communicate a little about our experiences of planning and (at last) implementing RCTs over the last 15-20 years.

It’s become increasingly apparent how detached from reality RCT success rate results are and there are many reasons why we should perhaps be prepared to recalibrate our expectations in advance of the results of the Dublin RCT and, in a couple of years, the London RCT.

As soon as I have the results, of course I will forward them to you – in the meantime please prepare yourself for (I hope) great news.

So, what would a good success rate be in an RCT that compares the effectiveness of Allen Carr’s Easyway to Stop Smoking method to that of another method such as a national stop smoking service that uses nicotine products?

For example, under the rules of the RCT, a smoker who signs up for the study, is allocated to a treatment, but then doesn’t bother to turn up and receive the treatment is classed as having failed to stop smoking with the treatment. Bizarre but true.

Another key difference is that in the real world a smoker attends our seminars as a result of their own initiative. They probably heard about Allen Carr’s Easyway to Stop Smoking method from a friend or family member who was successful with the method. They make their appointment as a result of their own thought processes. They are committed enough to pay their own fee to attend, in their own time, either taking a day off work or during their weekend. Furthermore, they are motivated to attend back-up seminars to qualify for our money back guarantee. Their profile and motivation are therefore very different from someone who is attracted to take part in an RCT, who has perhaps never heard of Allen Carr’s Easyway before, who has the cost of the seminar paid for them, and who in some cases is even paid to take part in the study and may even be attending primarily to receive the payment for doing so.

Attending follow up tests simply to prove that you quit smoking takes commitment, time and motivation which is why in studies it is very normal for a high number of people to drop out and be mistakenly recorded as smokers even though they may have actually stopped smoking.

If Usain Bolt were to challenge your grandfather to a 100 metres race, there is no doubt who would win. The complications and restrictive protocols involved in conducting the study are a bit like loading Usain and your grandfather with heavy back-packs. There’s no doubt that Usain Bolt would still win easily, but he couldn’t possibly achieve anything like his personal best time or break a world record. It’s the same with an RCT.

So, in the future, after the results of RCTs are known, the success rate of Allen Carr’s Easyway to Stop Smoking method can be defined as follows:

Based on the 3 month money back guarantee the success rate is over 90%; independent scientific studies published in peer reviewed journals indicate that even after 12 months the success rate is over 50%; and a randomised controlled trial published in a peer reviewed journal indicates that Allen Carr’s Easyway to Stop Smoking method is x times more effective than the established methods which involve the use of nicotine products.

In the next week or two the Dublin RCT result WILL NOT be published in a peer review journal – that won’t happen until the full 1 year results have been established – the above information though – should act as a way to explain the relationship between the success rate at our centres based on the money back guarantee, the results published already in peer reviewed journals, and any results of RCTs which are subsequently published. Without the careful wording above – it would be easy for people to become confused about our success rates.

In advance of the Dublin results I would once again like to recognise Brenda and Sean Sweeney (Allen Carr’s Easyway Ireland) for their amazing work and the work of their fabulous team. I am sure that when the results are announced we will be able to hold our heads high knowing that “the bridge” to acceptance by the medical and scientific establishment has been built.

If any of the above is unclear or causes you any concern at all – please don’t hesitate to let me know.