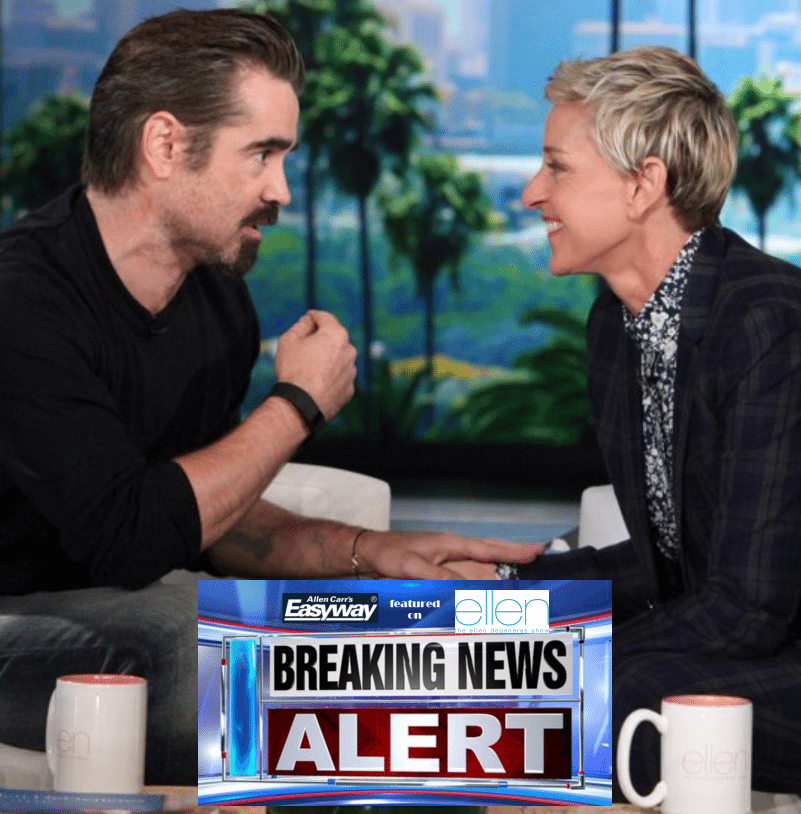 It’s more than 6 years since Ellen DeGeneres first mentioned that she had used Allen Carr’s Easyway to Quit Smoking method to quit. The years since don’t seemed to have dampened Ellen’s enthusiasm for the method – with her whole-heartedly recommending the method to actor Colin Farrell, live, in front of an audience of many millions, on her prime-time show. The show has won more than 36 Daytime Emmy Awards and it was recently announced that the show has been renewed for 3 additional seasons through 2020. The talk show’s YouTube Channel is charted as the fourteenth-most-subscribed YouTube Channel – with the show featuring the most recent mention of Allen Carr’s Easyway already being viewed more than 680,000 times! The Ellen DeGeneres Show’s global audience figures are estimated to be well over 10 million per episode. Allen Carr’s Easyway organisation is extremely grateful to stars like Ellen, who make unsolicited endorsements of the method, as a result of their personal success with it. These endorsements help get the message to the smokers of the world; it is easy to quit smoking – if you know how.