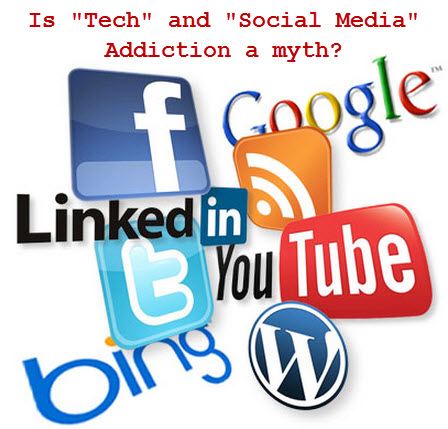 FRIDAY 2ND JANUARY 2015 – LONDON – The explosion of social media, selfies and mobile devices is priming
a generation of UK teenagers for a lifelong struggle with addiction, according to research released today.
The report, released by Allen Carr Addiction clinics highlighted that 83% of UK teenagers admit they would
struggle to quit their vices for a whole month. The study, which questioned 1,000 UK teenagers aged 12 – 18,
unveiled a worrying trend of growing numbers of young people constantly striving to find the next thrill, mostly via
technology and social media.
When asked which behaviours they could abstain from, UK teens said they would most struggle living without
texting (66%), followed by social networking (58%), junk food (28%) and alcohol (6%). The report found that the
average teen checks social media 11 times a days, sends 17 text messages and takes a ‘selfie’ picture every
four days.
This constant pursuit of stimulation, peer approval, instant gratification, and elements of narcissism are all
potential indicators of addictive behaviour. The study highlights that parents across the UK are inadvertently
becoming ‘co-dependents’ enabling their child’s addictions by providing them with cash albeit with the best of
intentions. Parents are not necessarily aware of what the money is being spent on.
UK teenagers spend an average of £15.81 a week funding their various vices, meaning that they have to find £62
a month before they even consider paying for other pursuits such as sport or other recreational activities.
Shockingly, 14% of teens have lied to their families to get money to fund this area of spending, with 7% having
gone as far as stealing from a relative! Regionally the report shows that a staggering 29% of teenagers in London
have either lied to or stolen from their parents to fund their vices.
The growing number of ever-changing, ever-updating tech and gadgets available to UK teens in 2015 run
alongside established potentially addictive activities such as alcohol-use and consumption of junk food – creating
an environment where young people experience the compulsion to consume and engage more than they can
legitimately fund, leading to desperate often risky behaviour – a hallmark of addiction.
John Dicey, Global Managing Director &amp; Senior Facilitator of Allen Carr Addiction Clinics comments; “The findings
of this report are cause for concern and highlight a generation of young people exhibiting many of the hallmarks
of addictive behaviour. The explosion of technology we have seen since the late 90’s offers incredible
opportunities to our youth – the constant stimulation provided by access to the internet for example can be a
good or a bad thing. There’s a price to pay. This study indicates that huge numbers of young people are
developing compulsions and behaviours that they’re not entirely in control of and cannot financially support.
Unless we educate our young people as to the dangers of constant stimulation and consumption, we are
sleepwalking towards an epidemic of adulthood addiction in the future.”
Dicey continues &quot;Make no mistake – technology and social media shouldn&#39;t be demonised – they&#39;re incredibly
engaging and useful in our everyday lives – the objective of our study was to establish whether youngsters were
moving beyond &quot;normal use&quot; and might therefore become pre-disposed to move on to other addictions later in
life.&quot;
The Grip of Technology
The abundance of technology that UK teens can access seems to be creating a generation of ‘tech addicts’!
Furthermore one third of UK teens (32%) admit they check social media more than 10 times a day. The report
also found that the average teen checks social media 11 times day, which equals once every 1.5 hours they are
awake.
UK teens are also avid takers of ‘selfies’, with over a quarter taking more than 10 a month. The average teen
takes 7.4 selfies a month, equalling one every four days on average. It is worrying that 72% of youngsters remain
oblivious to the dangers of over-use and potential addiction to social media, apps, games, and technology and
don’t believe it is possible to develop an addiction to technology. Interestingly 28% of youngsters readily accept
this point.
Funding: Money and Time
Mobile phones (79%), junk food (44%) and alcohol (9%) are the three activities teenagers were most likely to
spend the most time on. One in five (20%) of teenagers admitted that they had drunk alcohol in the past seven
days.
Teenagers invest most of their disposable income into funding their mobile use and social media activity – the
average teen spends £6.64 a week on texting, mobile phones and data, Junk food spending comes second with
alcohol coming in as the third most expensive vice.
Shortening Attention Spans
The plethora of technology available to teens is also having a worrying impact on their attention spans. 1 in 4
teens have over 20 apps on their smartphones, with the average teen having 13 apps on their device. The
constant search for the ‘next thing’ is evidenced in how they use apps – 46% admitted that they quit using or
delete an app less than a week after using it, freeing up storage space for a new app.
UK habits by region
There are huge regional variations on the habits of UK teenagers. East Anglian teens are the most social media
obsessed – 16% admit they check social media more than 30 times a day. The South East is the ‘selfie’ capital of
the UK – 1 in 4 admit they take more than 20 selfies a month.
London teenagers have the shortest attention spans when it comes to apps – 57% delete or quit using an app
less than a week from the initial download.
26% of youngsters have used e-cigarettes and the study shows teenagers in the East Midlands are the most
likely to have ‘vaped’.
Young people in the North East would have the most difficulty quitting junk food for a month (37%) and they
also spend more than any other region on alcohol and cigarettes a week – their average spends coming in at
twice the national average.