Allen Carr’s EasywayVapingVaping Around Kids – Is it safe or can it affect your children?

Vaping Around Kids – Is it safe? and how does it affect your children?

More and more people are now vaping, and vaping & smoking. They feel that this will help them to quit smoking but we are now becoming more aware of the risk to health of vaping itself.

There are easy ways to quit vaping but many parents vape in their homes or in their cars believing there to be no risk to their children10.

This page is designed to answer all your questions on this topic. Just click the link to the article you are interested in.

E-cigarettes or vaping devices are electronic products that heat a liquid to produce a vapour/smoke and were created as nicotine delivery systems just like cigarettes. They come in many shapes and sizes from looking like cigarettes, to USB flash drives (JUUL), to large tank system devices.

Nicotine is a highly addictive substance which can harm adolescent and young adult brain development2.

Aside from nicotine the vapour when exhaled contains:

In addition, the single biggest factor in stopping teens from vaping or smoking appears to be to raise children in a smoke & vape free home. If the parents smoke or vape it normalises the behaviour in children who particularly when they are young look up to parents as their role models. This increases the likelihood that the child will go on to vape and smoke9. Read more about Teen Vaping

It is therefore not safe to vape in a confined space with children just as it isn’t with smoking cigarettes (although there is no doubt that the former is by far the lesser of two evils). It is not possible to protect them from occasional vaping such as in the street but frequent vaping in the home or car can be avoided.

How vaping (using E-cigarettes) around babies and kids affects them

It is now well established that second-hand / passive smoking from cigarettes is bad for your health but what is the situation for second-hand or third-hand vaping? When people vape the e-cigarettes produce an aerosol by heating a liquid that usually contains nicotine as well as many other chemicals. Users inhale this aerosol into their lungs but when they exhale the aerosol is spread over a wide distance.

Before talking in more detail about second or third hand vaping it is worth saying that the single biggest factor in stopping teens from vaping or smoking appears to be to raise children in a smoke & vape free home. If the parents smoke or vape it normalises the behaviour in children. This increases the likelihood that the child will go on to vape and smoke9.

Children and babies are the group who are most at risk from vape aerosols because of their lower body weight and developing respiratory systems but there is a risk to everyone.

Research is ongoing to determine the full extent of side effects.

This news article from ABC in the US on the effects of second-hand fumes from vaping on young lungs may also be of interest:

How to protect your children, kids & babies from second-hand or third-hand vaping

Secondhand and Thirdhand vaping is an issue that causes health issues particularly to young people and babies. There are a number of steps that can be taken to protect children:

Are kids attracted to vaping and does that necessarily lead to them smoking?

Early on in the development of the e-cigarette market, manufacturers assured the tobacco control community (people like Action on Smoking and Health) and other interested parties that the target market for e-cigarettes was existing smokers and that the marketing, positioning, and messaging for the e-cigarette would be as a quit smoking aid. 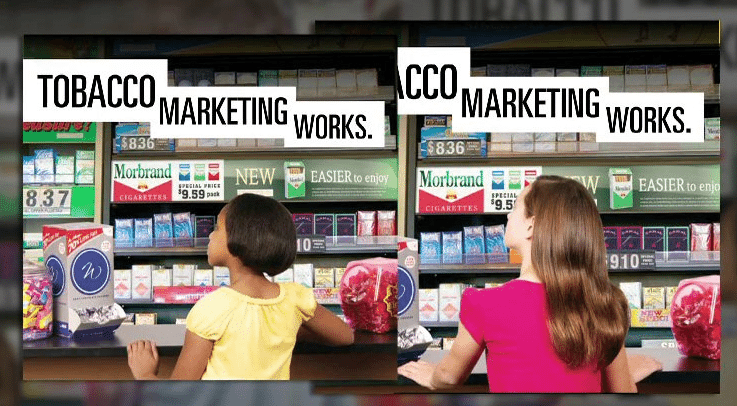 That isn’t quite how it has turned out. By 2014 there were still no controls over who could sell e-cigarettes, who could buy them, what was in them, and how they might be advertised. In fact, 2014 saw the first UK TV advert showing smoker-like behaviour – an attractive, alluring model exhaling smoke-like vapour – in decades. The brands using these tactics are clearly targeting everyone, not just smokers. Advertising firms can once again use humour, sex and hugely aspirational imagery to sell nicotine addiction.

Of course these ads are aimed primarily at young people, as are the packaging, flavours and pack designs. E-cigarettes have been marketed aggressively to children. The statistics show that increasing numbers of children are being drawn into using them as well, with more and more studies confirming that more kids are using e-cigarettes at a younger age than would use normal cigarettes, and that more of those kids will eventually smoke real cigarettes. The nicotine industry of course loves this. Get the addicts younger and you maximize the lifetime income per user. One can only assume that the treasury departments of government feel likewise. The taxation of addiction is extremely lucrative.

A certain number of kids have always have tried out cigarettes, but the way e-cigarettes are creeping into everyday life is different. It’s creating a new gateway into smoking and nicotine addiction.

Because zero nicotine capsules or liquid can be purchased, youngsters really can say that the e-cigarette they are using is not addictive. Who’s to know different? Especially when they come in flavours such as bubble-gum, watermelon, cotton candy, popcorn, and cherry cheesecake. Who do you think those flavours are targeting? Your kids!

Kids all over the country are trying out e-cigarettes and think nothing of passing them around the class claiming that “They’re not addictive” and “They taste nice”. Of course before too long – the zero nicotine capsules are discarded in favour of the ones that contain nicotine.

As if getting youngsters as young as 12 addicted to nicotine isn’t bad enough, we’ve warned for years that e-cigarettes will prove to be a gateway into “smoking for real” for most of those youngsters. The latest studies confirm our worst fears.

You can imagine how the kids get sucked in. Firstly, the peer pressure to move on to “the real thing” exists already, but more significantly for the simple reason that no e-cigarette will ever deliver nicotine as efficiently as a cigarette. All addicts eventually end up looking for ways to get more of their drug into their bloodstream faster, so it is with nicotine. That’s where cigarettes come in. Sadly, another generation of kids are sliding into the nicotine pit.

Second-hand and third-hand vaping may appear to be nothing more than sweet smells but the reality is different. Using electronic cigarettes around children risks exposing them to damaging chemicals which can harm them and affect their development as well as increasing the likelihood that they will vape as they get older. It is therefore not safe to vape in a confined space with children just as it isn’t with smoking cigarettes (although there is no doubt that the former is by far the lesser of two evils). You may be interested in these articles: