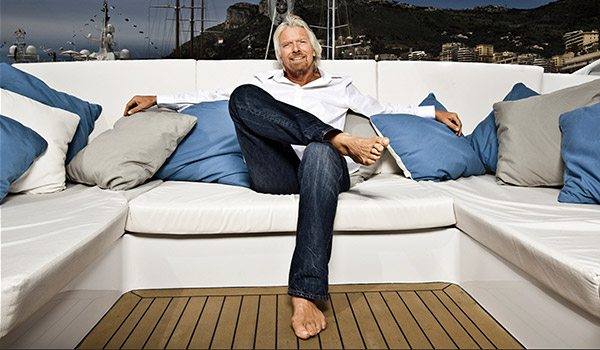 Everyone at Allen Carr’s Easyway To Stop Smoking organisation remains eternally grateful for the words of support received from Sir Richard Branson over the years. Today’s tweet means so much to the whole organisation.

It’s been our pleasure to help many of Sir Richard’s friends and staff to stop smoking via our books and live seminars.

Sir Richard Branson tweeted a message of support for Allen Carr’s Easyway To Stop Smoking to his 3.5 million followers on 9th January.

A fitting tribute to Allen Carr’s work – helping to mark last year’s 30th Anniversary of the discovery of the method in style.

More corporate praise was received by Allen Carr’s Easyway from another direction with the announcement that PruHealth have agreed to fund 100% of the fee for their Vitality policyholders (private and corporate) to attend Allen Carr’s Easyway To Stop Smoking Clinics in the UK from 1st January 2014.

This move opens the way for hundreds of thousands of PruHealth and PruProtect Vitality members to attend Allen Carr’s Easyway To Stop Smoking Clinics throughout the UK at no cost to them (and they actually earn reductions in their insurance premiums for doing so).

John Dicey, Worldwide Managing Director & Senior Therapist at Allen Carr’s Easyway comments “This kind of enlightened thinking from Sir Richard Branson and, on a separate note, by PruHealth and PruProtect illustrates the way forward in treating smoking and nicotine addiction.”

“When the best globally reknowned private medical insurance company recognises the value of Allen Carr’s Easyway To Stop Smoking Clinics in terms of, not only saving their policyholders lives and improving their health, but in reducing the cost of treating smoking related illnesses, it can only be a matter of time before the Government, Dept of Health, and the UK NHS take notice.”

Dicey continues “We’ve been working in partnership with PruHealth for over 6 years and this step acknowledges not only the effectiveness of our program in helping smokers to stop, but also recognises our ability to deliver our service to the highest standard across the UK and worldwide. Beyond our work with PruHealth we’ve had some incredible success with global corporate clients asking us to introduce our programme to their staff across their business operations in 10, 20, and in some cases, more than 30 countries worldwide.”

Allen Carr’s Easyway To Stop Smoking Clinic seminars offer smokers the ability to completely change their perception of cigarettes so that quitting smoking is an enjoyable and easy process.

Press Office – out of hours email for urgent enquiries kt173hb@me.com

The method has helped millions of addicts escape from addiction.  Allen Carr’s Easyway has sold over 14 MILLION books worldwide.

Read more about How to Stop Smoking