Great article in the Mail on Sunday discussing the recent results of the randomised controlled trial that showed that Allen Carr’s Easyway to Stop Smoking was almost twice as effective as the Irish Health Services Stop Smoking Service Quit.ie.

This was a ground breaking scientific study and a second trail is under way in England comparing Allen Carr’s Easyway to Stop Smoking to the gold standard UK National Health Service Stop Smoking Programme which incorporates nicotine patches, nicotine gum, other nicotine products, and Champix/Chantix (Varenicline) combined with 1-1 weekly psychological support. The results of this study are due soon [now published and show that Allen Carr’s Easyway is at least as good as the best service the NHS offers].

Allen Carr’s Easyway to Stop Smoking is now a proven pharmacological-free method of smoking cessation which has a lack of contraindicators reported, suggesting that there are minimal if any long-term health effects, and which is a one-off, low-cost treatment for smoking cessation.

The standard of living of those who are successful with Allen Carr’s Easyway to Stop Smoking is higher than before they stopped because Allen Carr’s Easyway to Stop Smoking is pharmacotherapy‐free. Furthermore, the patient is better off financially much sooner than those who continue to smoke or choose NRT or e-cigarettes since there are no on-going nicotine products to purchase under ACE since the patients are free from cigarettes and nicotine.

Allen Carr’s Easyway to Stop Smoking has helped an estimated 30 million smokers in over 50 countries worldwide during the past 37 years. It is a behavioural therapy (or more accurately a cognitive restructuring/retraining therapy). 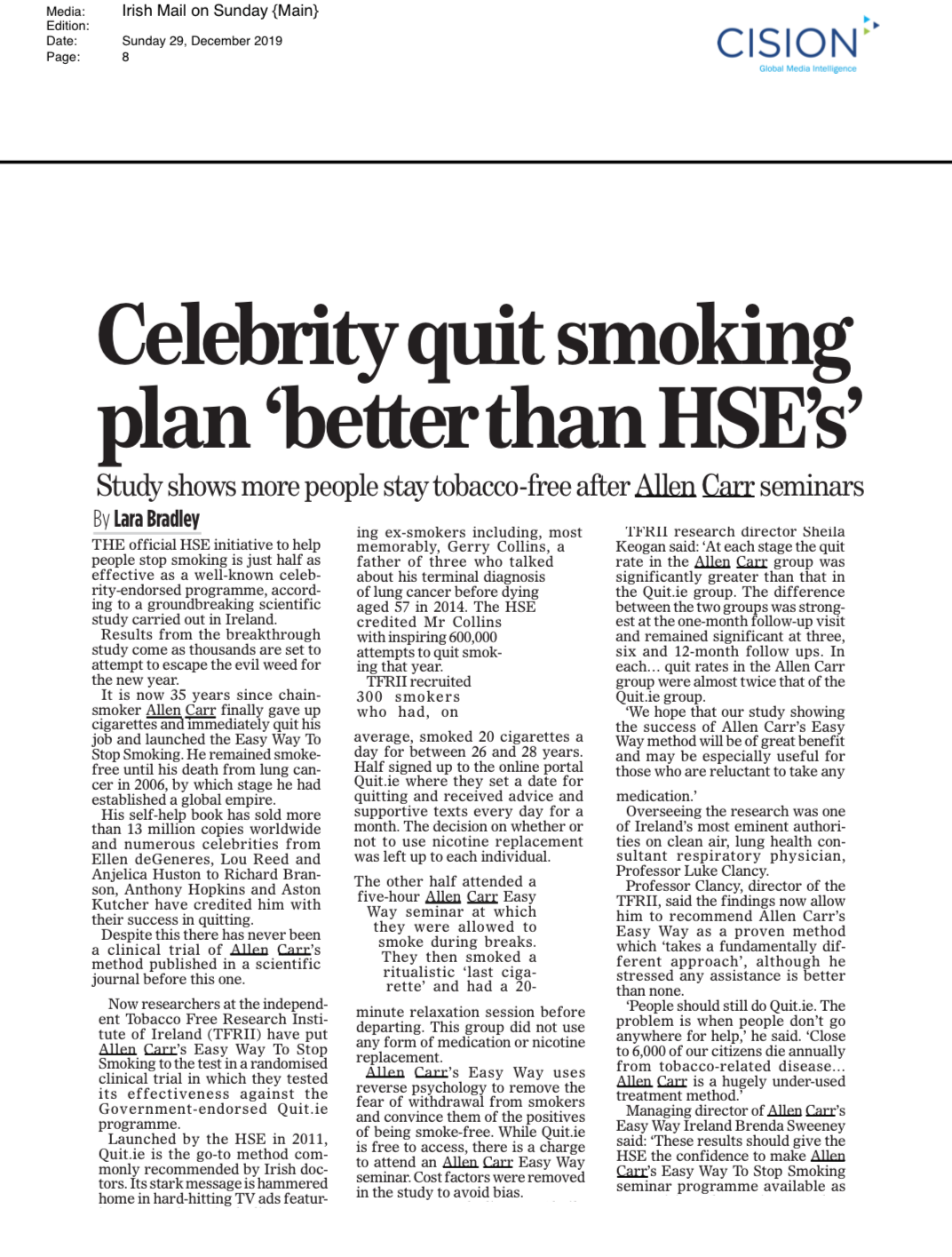 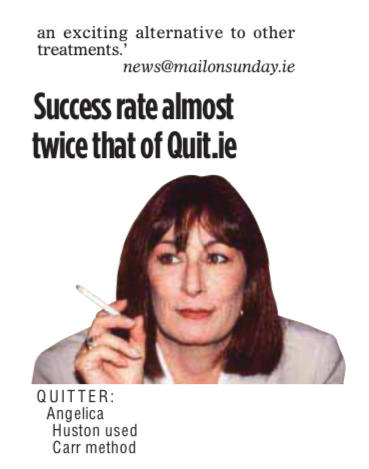 Read more about How to Stop Smoking & Vaping

See all the latest news – Visit News and Media

No, I don’t need help at the moment